Empire Online features 19 thematic essays written by leading scholars in the field of Empire Studies. The essays relate directly to the source material covered by the online publication with 30-50 hypertext links per essay to documentary evidence. Themes covered in the essays include women, gender and politics in Empire; Exhibitions and Empire, as well as Imperialism and American Empire. Essays are fully printable and downloadble to PDF. 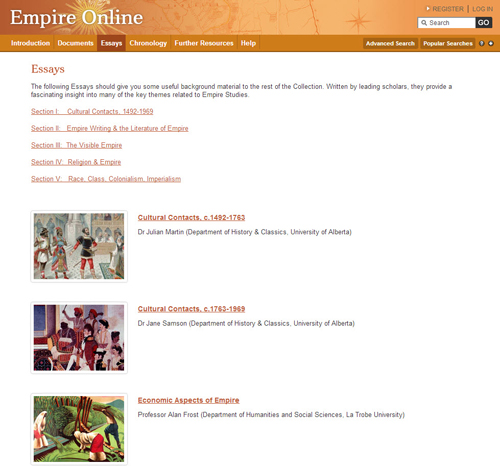 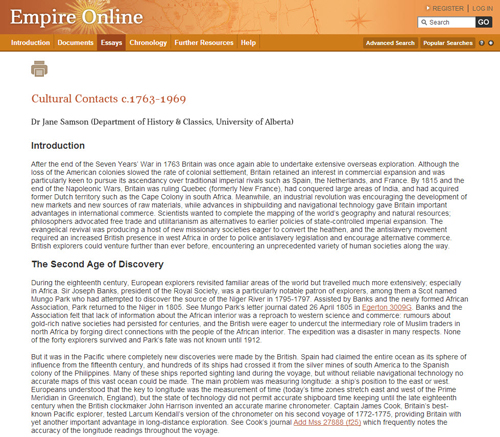 Next: Documents
Previous: Introduction to Empire