Anti-Slavery International possesses an impressive library collection containing material spanning more than 200 years documenting the anti-slavery movement. Empire Online draws upon a selection of the finest material, affording researchers the chance to explore a myriad of issues within the slave trade such as the control natives whilst under the control of the British and Boers, coolie labour and a 60 year account of work carried out by the British and Foreign Anti-Slavery Society.

The Bank of England Archive

Featured within our resource are the wonderful eighteenth century manuscript slave journals of Humphrey Morice, describing the voyages through Africa and the Caribbean trading commodities with the Portuguese.

The University of Birmingham Library houses the impressive collection of the Church Mission Society Archives, which we have digitized for Empire Online. The papers provide an excellent insight into the lives and work of Christian Missionaries, particularly in Africa, India, and North America.

From Birmingham Central Library we have sourced four volumes of the Travel Diaries of Helen Caddick, describing her journeys through Palestine, India, South Africa, and Uganda from 1889-1913. 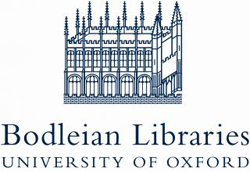 One of the biggest and oldest libraries in the world, the Bodleian Library is the main library of the University of Oxford. From the Bodleian we have sourced volumes of the informational and entertainment annual The Girls’ Empire. Additionally, Empire Online features accounts of the African slave trade, letters of voyages to Sierra Leone, letters from India telling of colonial life, and French accounts of a voyage around the world.

The British Library is the world’s largest library and the national library of the United Kingdom, located in London. A vast amount of material within Empire Online has been sourced from the British Library, encompassing a plethora of topics such as British in India and Africa, accounts of exploration in Polynesia, the Caribbean and south Pacific, including the voyages of Drake and Cook. From the British Library we have also sourced a large body of material relating to the work of Christian missionaries and Ireland and Empire.

Cambridge University Library has its origins in the 15th century and today holds over 8 million volumes and is one of only two legal deposit University Libraries in the UK. Empire Online is fortunate to draw upon a wealth of valuable material from the library including reports, printed books and pamphlets that impart primary source accounts of race relations between colonists, Aborigines and Africans.

The Regions Beyond Missionary Union Archive has an abundance of journals, diaries and letters tracking the outreach efforts of Christian Missionary pioneers throughout Asia and Africa, which we have been fortunate enough to acquire for inclusion within Empire Online. We have also included three volumes of The Lightbearer sourced from the Archive of the Sudan United Mission.

The Glenbow Museum, Calgary, is one of the largest in Canada, housing over one million objects and from where we have sourced issues 1-21 of the adventure series, ‘Joe Little Chief’s Blackfoot Stories’, a fascinating narrative of the culture and practices of the indigenous population in north America.

The Empire Online image gallery features 50 colourful photographs and illustrations showcasing colonial life from the possessions around the world. Many of the photos are taken from original copies of Le Petit Journal, The London Illustrated News, and the Images of Colonialism Asia series.

The National Archives in Kew is the UK government’s official archive, containing almost 1,000 years of history, with records ranging from parchment and paper scrolls through to digital files and archived websites. Our resource draws upon a large number of files, including some of the FO and CO series containing correspondence on Korea and Japan’s claims to Manchuria, colonial administration in African nations and their educational, agricultural and industrial development. There is also a considerable body of material relating to British political affairs in the Middle East and Egypt.

Named after Queen Victoria and Prince Albert, The V&A is the world’s largest museum of decorative arts and design, showcasing over 4 million objects and dating from ancient times to present day. Included in our resource is an array of illustrated books, pamphlets and catalogues which showcase the visual spectacle that was the Great Exhibitions of 1851. There are also a variety of works pertaining to subsequent exhibitions worldwide.

The School of Oriental and African Studies (SOAS)

Part of the University of London, we have obtained valuable printed books documenting the history of the London Missionary Society and the red rubber slave trade in the Congo.

Other supporting libraries and organisations include:

University of Michigan Museum of Art

The National Archives of Canada

The National Library of Australia

The National Library of Scotland